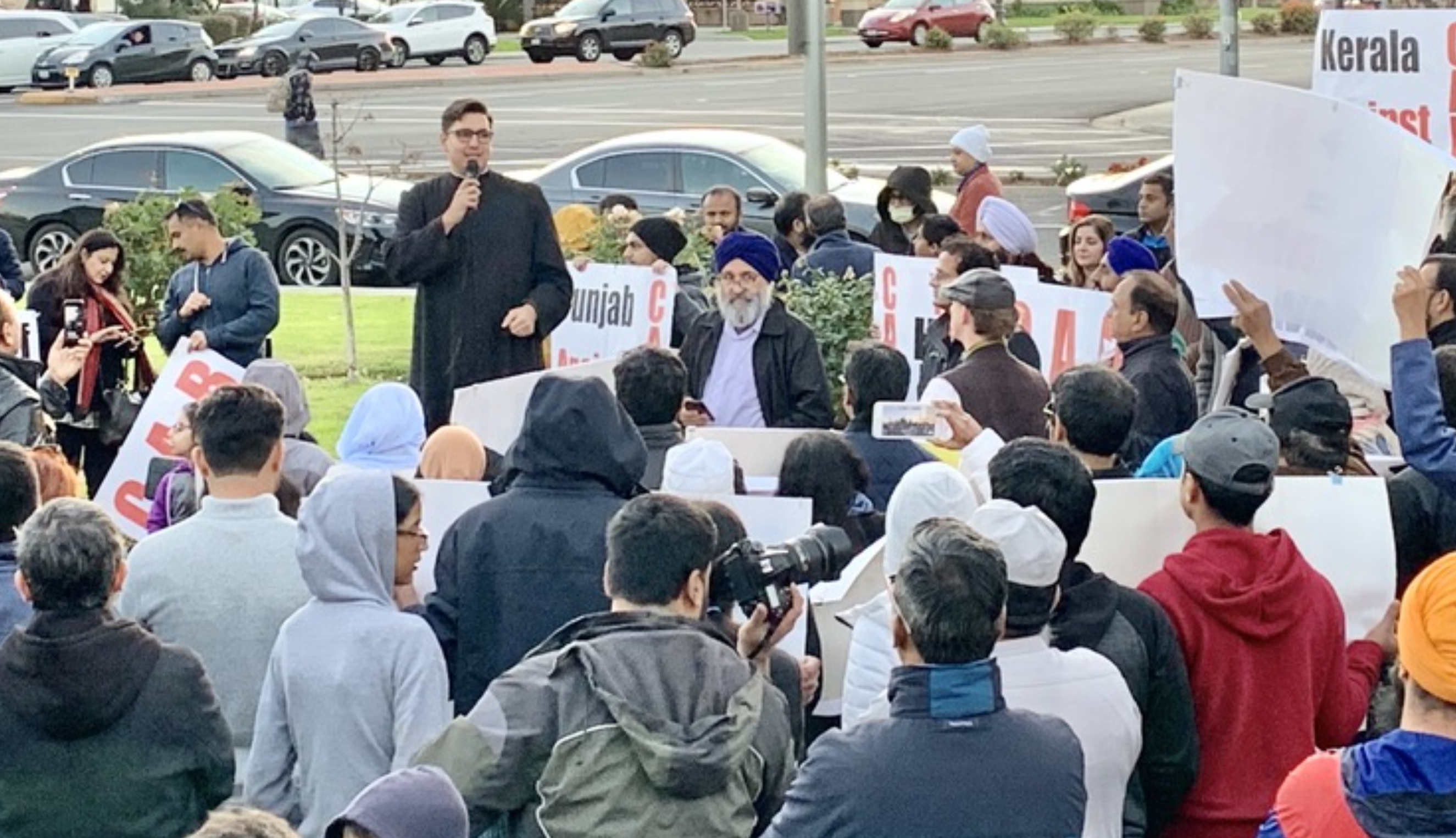 On Tuesday, February 23rd, I’ll be presenting on “Hindutva” as part of an online Zoom discussion on the persecution of Christians in India.

“Hindutva” is a very dangerous socio-political ideology that combines a xenophobic version of Hindu extremism with a militarized and violent nationalist political ideology. Scholars on Indian politics refer to it as “Saffron Terror” and it is associated with Hindu nationalist organizations like the Rashtriya Swayamsevak Sangh (RSS), Vishva Hindu Parishad (VHP), and the Bharatiya Janata Party (BJP). The BJP/RSS ideology entered mainstream Indian politics in 2014 after the election of BJP leader Narendra Modi as Prime Minister of India (who was previously chief minister of Gujarat).

The Christian minority in India has suffered the brunt of the persecution and violence by RSS/BJP policies and continues to suffer under the Modi government.

A recent major instance of mass violence against Christians broke out in the southeastern districts of Gujarat in 1998, “the same year that the BJP came to power in that state,” notes a 1999 report of Human Rights Watch (HRW). The HRW report also said: “Although the highest number of incidents took place in Gujarat, attacks have also been reported in Maharashtra, Uttar Pradesh, Kerala, Bihar, Orissa, Madhya Pradesh, Haryana, Andhra Pradesh, Tamil Nadu, Karnataka, Manipur, West Bengal, and New Delhi.”

The event is part of a commemoration of murdered missionary Graham Staines and his two young sons in 1999. The event is organized by Christians For Freedom of Minorities In India (CFFMII) and also features an additional discussion on the global female experience of persecution.

Graham Stuart Staines and his two sons Philip (10) and Timoty (six) were burnt to death by a gang of Hindutva activists in 1999. Staines was sleeping in his van with his children in Kendujhar, Odisha, when it was set on fire. The missionary had been working with poor tribals and lepers since 1965. The main accused Dara Singh was sentenced to life imprisonment in 2011. Staines is survived by his wife and daughter.