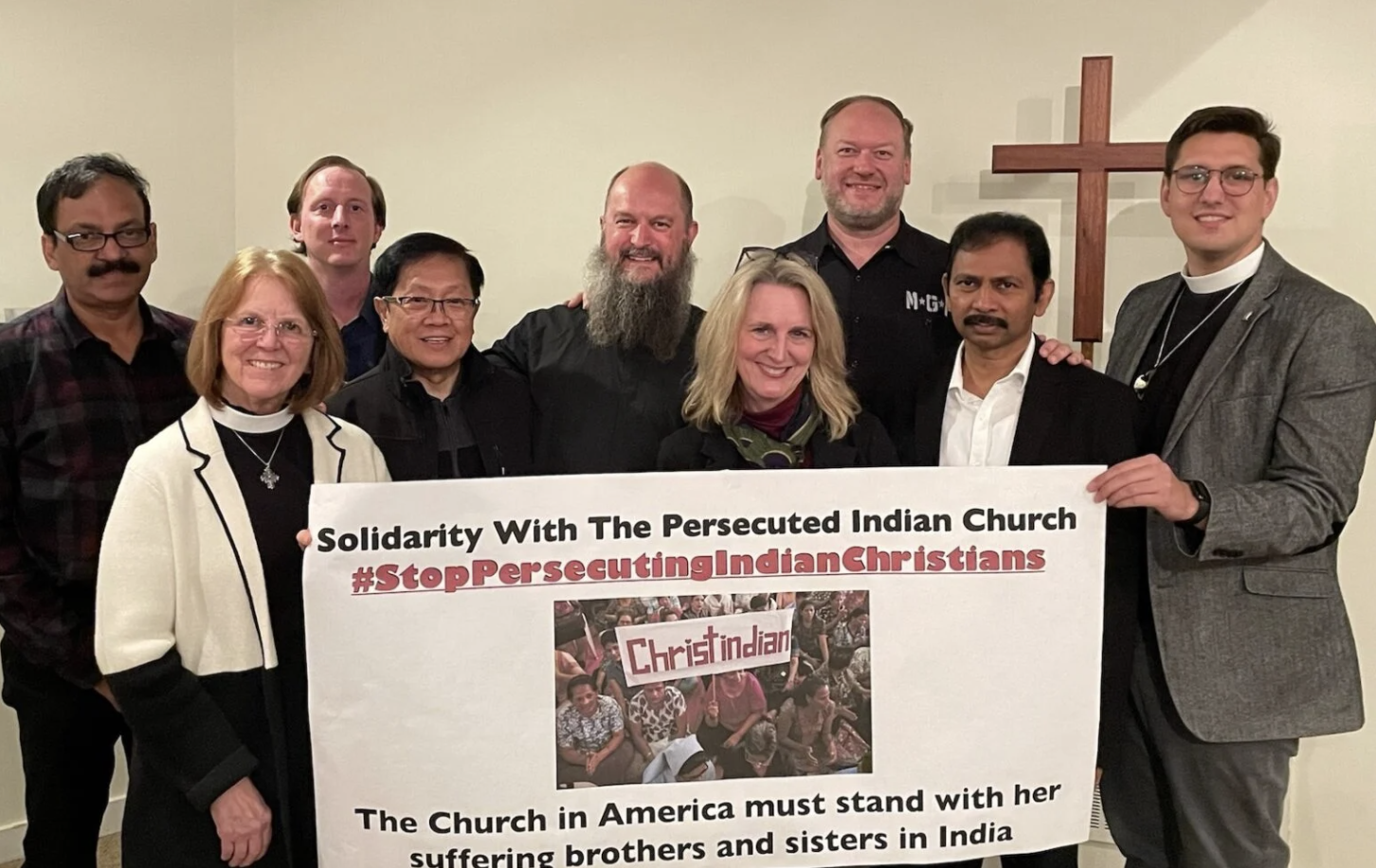 A press release published in the Religious News Service (RNS) entitled, “Californian clergy coalition prays and speaks for persecuted Indian Christians” quotes me with the following:

“The great moral evil that will be remembered in the year 2022 is the persecution of the millions of Christians in India,” declared Fr. Steve Macias, a priest in the Reformed Episcopal Church, as he joined fellow clergy-members to raise awareness about the escalating persecution of Indian Christians. “The religious persecution that many Christians refuse to look at, refuse to pay attention to, refuse to stand up for, refuse to be advocates for.”

Video of the February 22nd event is also available here: