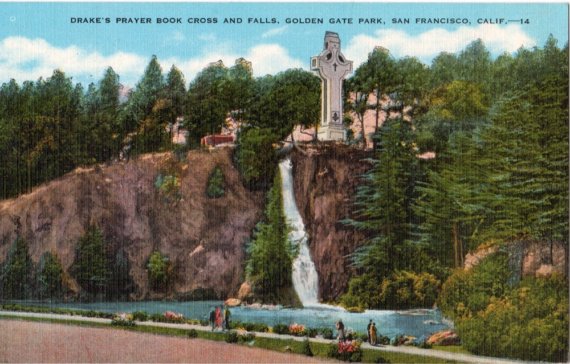 The New World was discovered a short time before Dr. Martin Luther lit the spark which started the Reformation on the Continent. Following Columbus, explorers from many countries in the Old World turn their attention to the new Western World. As each new territory was explored, the area was claimed for both the country from which the explorer came, and for the established Church of that country.

In 1579, Sir Francis Drake sailed around the Horn in his ship the “Pelican,” later known as the “Golden Hind.” He put in for repairs on the coast of California near where San Francisco now stands. While ashore, the Anglican priest who had accompanied them held a Prayerbook service for the crew.

This was the first English language and first Prayer Book service in North America.

A huge stone cross now stands in Gold Gare Park in San Francisco to commemorate this event. The English did not, unfortunately, attempt to colonize California and it became largely Roman Catholic.

The first Anglican Bishop in California wouldn’t come until Bishop William Ingraham Kip in the middle of the 19th century. In 1853, Kip was chosen to be the missionary bishop to California. He was the 59th bishop of the Protestant Episcopal Church USA, and was consecrated by Bishops Jackson Kemper, Alfred Lee, and William Jones Boone.

The Anglicans had only two churches in California when he arrived, but quickly grew as immigrants moved West. In three years time, Kip had grown the church enough to become a diocese in its own right. 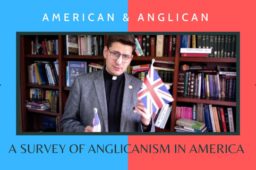 American and Anglican: Anglicanism as the Founding Faith of the Colonies and the American Republic 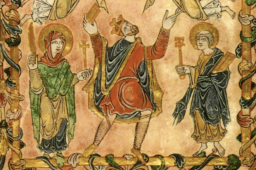 How Benedictine Spirituality Came to Celtic Christianity and the English Church